After reading the Laurence W. Levine book, The Opening of the American Mind, I produced the essay you see below with a focus on the genesis and impacts of a public, government-run K12 education system,

The educational canon and multiculturalism — these two areas form the brunt of Levine's book. However, during Levine's section on the melting pot and pluralism, one area might slip under the average reader's radar — the relevance of the public school system in the United States.

The importance of this particular topic is that through pursuing egalitarian ideals, the notion of a pluralist American identity began to fade away. Levine outlines an argument from Horace Kallen, a Jewish-American professor at Columbia University:

Nevertheless, the truth was that the United States was a cacophony and the question was: “What must, what can, what shall this cacophony become—a unison or harmony?” Kallen did not posit this choice as a metaphor, but as an actual choice: unity or harmony. “To achieve unison … would require the complete nationalization of education, the abolition of every form of parochial and private school, the abolition of instruction in other tongues than English, and the concentration of the teaching of history and literature upon the English tradition.”

This argument is also echoed by an Dr. Benjamin Rush, who notes that “one general, and uniform system of education” would “render the mass of people more homogeneous, and thereby fit them more easily for uniform and peaceable government.”

A historical investigation into the roots of the public school system and its consequences is in order for while the primary topic may be higher education, nearly 90 percent of children go to government-subsidized schools.

One People, One Education

As the aforementioned quotes in the introductory portion illustrate, the United States, akin to many European countries, was made up of a diverse body of people. Yet the strive for equal and “free” education—in terms of making sure people could properly govern themselves (in Jeffersonian terms)—as well as making sure the poor had access to a certain amount of education, rubbed against the grain of pluralism.

Egalitarianism formed the brunt of the later argument which led to a uniform system of education. Economist Ludwig von Mises emphasized the effect in Europe:

The main tool of compulsory denationalization and assimilation is education … [I]n linguistically mixed territories it turned into a dreadful weapon in the hands of governments determined to change the linguistic allegiance of their subjects. The philanthropists and pedagogues … who advocated public education did not foresee what waves of hatred and resentment would rise out of this institution.

This wave of compulsory, uniform swept over most of Europe by 1900. Only one country—Belgium—held out, but only for another twenty years. Similarly, in the United States, every state had a network of free public schools by 1850 and by 1900 nearly every state was enforcing compulsory attendance.

With the State coming to the forefront of education, many lamented—like Mises—at the possible repercussions. Robert H. Chappell succinctly lays out the aversion of many to education backed by the State:

Universal education, under the guise of pragmatism, was a refined system of indoctrination that maintained the authority of the State. This process of inculcation centered upon the teacher-student relationship. The student's freedom of will was sacrificed to an increasing belief that beneficial education was inextricably linked to the expertise of the teacher and institutions.

William Goodwin delivered an apt political analogy that should cause many to pause and think about the origins of the current education system:

The project of a national education ought uniformly to be discouraged on account of its obvious alliance with national government. This is an alliance of a more formidable nature than the old and much contested alliance of church and state. Before we put so powerful a machine under the direction of so ambiguous an agent, it behooves us to consider well what it is that we do. Government will not fail to employ it, to strengthen its hands, and perpetuate its institutions.

The Ends We Seek, The Means We Forget

To many opponents of State-backed public education, the argument was not centered on the ends, e.g,. the idea that an education (of exactly what length and depth) is necessarily good, but rather the means employed. This is why many critics, such as Governor of New York Lucius B. Robinson declared that “when we .. take from one man the money necessary to educate the children of another in arts and sciences, we perpetuate an act of injustice under the forms of law.”

To them one could not simply trespass over the means to get to the ends. The process must follow in a logical, deductive order. Taking the ends as a notable goal in itself places a romantic ideal in front of reason.

It should not be surprising that the means employed are inherently a means that only a State possesses, i.e., taxation. The German sociologist Franz Oppenheimer pointed out that there were only two methods of action available to people—the economic and political means:

It is interesting to note that political philosopher Albert Jay Nock came up with similar criteria for judging the means employed. Nock substituted “social power” for Oppenheimer's “economic means” and “State power” for the “political means.”

Students in public schools are essentially indoctrinated into being good citizens, which means the political parties and groups with the most influence will always seek to insert their ideology into classes, regardless of whether the class itself is political in nature.

Isabel Paterson leveled against the means used by public education saying, “Do you think nobody would willingly entrust his children to you to pay you for teaching them? Why do you have to extort your fees and collect your pupils by compulsion?”

For what is meant by saying that a government ought to educate the people? Why should they be educated? What is the education for? Clearly, to fit the people for social life — to make them good citizens. And who is to say what are good citizens? The government: there is no other judge. And who is to say how these good citizens may be made? The government: there is no other judge. Hence the proposition is convertible into this — a government ought to mold children into good citizens … It must first form for itself a definite conception of a pattern citizen; and, having done this, must elaborate such system of discipline as seems best calculated to produce citizens after that pattern. This system of discipline it is bound to enforce to the uttermost. For if it does otherwise, it allows men to become different from what in its judgment they should become, and therefore fails in that duty it is charged to fulfill.

The claim that the State should continue to provide education simply because it has in the past misses the mark in terms of a practical, economic argument. The only way for an individual to show their preference for a particular good is by voluntarily choosing that good. This concept, quite simply, is called demonstrated preference. Rothbard notes that actual choice reveals,

or demonstrates, a mans preferences; that is, that his preferences are deducible from what he has chosen in action. Thus, if a man chooses to spend an hour at a concert rather than a movie, we deduce that the former was preferred, or ranked higher on his value scale. Similarly, if a man spends five dollars on a shirt we deduce that he preferred purchasing the shirt to any other uses he could have found for the money. This concept of preference, rooted in real choices, forms the keystone of the logical structure of economic analysis, and particularly utility and welfare analysis.

The very nature of any government good is that it is not chosen voluntarily be each individual. Economist Hans-Hermann Hoppe comments that it is impossible to gauge whether government services are provided in an efficient manner for

no one buys government “goods” or “services.” They are produced, and costs are incurred to produce them, but they are not sold and bought. On the one hand, this implies that it is impossible to determine their value and find out whether or not this value justifies their costs. Because no one buys them, no one actually demonstrates that he considers government goods and services worth their costs, and indeed, whether or not anyone attaches any value to them at all. From the viewpoint of economic theory, it is thus entirely illegitimate to assume, as is always done in national income accounting, that government goods and services are worth what it costs to produce them.

Therefore, the academic programs pushed out from the State to its public schools are ones that teach the students about a myriad of empirical content, but do not cultivate a true sense of one's reason. The student will be taught the whatever the State says is the law — the doctrine of positive law — but will never be exposed to the teaching of normative law.

Similarly, the student will memorize parts of the constitution, bill of rights and political procedures, but will rarely, if ever look at the means behind these areas. Certain subjects become, in the words of Max Stirner, “undislodgeable, like a madman's delusion .. and he who doubts them—lays hands on the sacred.”

Ultimately since public education is run by the State and it is in the State's interest to perpetuate its existence, the educational cannon will never be discursive, but rather placate tradition and ends for their sake alone. Mises notes:

It is not generally realized that education can never be more than indoctrination with theories and ideas already developed. Education, whatever benefits it may confer, is transmission of traditional doctrines and valuations; it is by necessity conservative. It produces imitation and routine, not improvement and progress. Innovators and creative geniuses cannot be reared in schools. They are precisely the men who defy what school has taught them.

Before engaging in argumentation about a potential “crisis” and an “opening” or “closing” of the higher education mind, it is essential to understand the basis from which the majority start. If the educational process for an individual is one that stunts one's ability to reason, then the ability for one to be an entrepreneur—in an academic sense—is definitely an uphill battle. Reared in tedium and socialized to accept, but rarely critique, the individual is in their academic infancy by the time they approach an institution of higher education.

To “plan” or “organize” the growth of mind, or, for that matter, progress in general, is a contradiction in terms. The idea that the human mind ought “consciously” to control its own development confuses individual reason, which alone can “consciously control” anything, with the interpersonal process to which its growth is due. By attempting to control it, we are merely setting bounds to its development and must sooner or later produce a stagnation of thought and a decline of reason.

Now, the question becomes, shall these higher education institutions merely continue where the public schools left off? Or shall they brave a new path that embraces a truly critical use of one's own faculty? 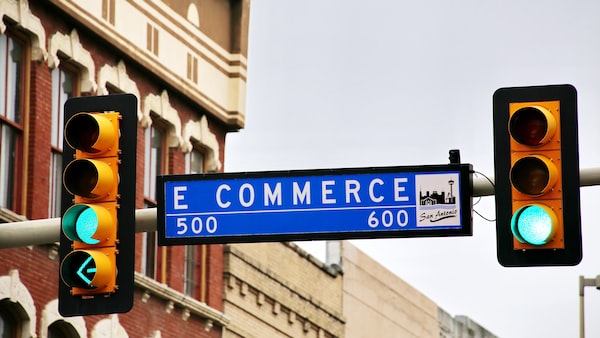 The promo code is one of the most commonly-used forms of measuring marketing effectiveness, but it's not a silver bullet and has lots of issues.

Assumptions are made in marketing. Those assumptions morph into expectations and sacred cows, making marketers less creative and efficient. 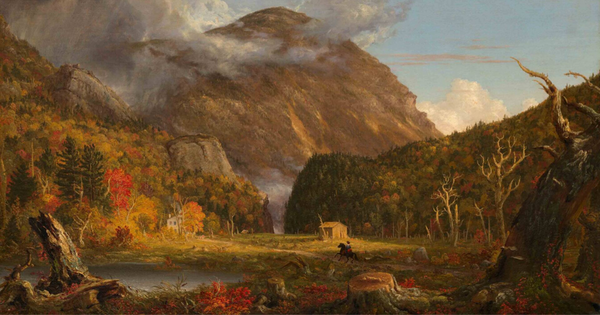 A proper definition and understanding of the concept of private property is essential to discussing environmental issues.